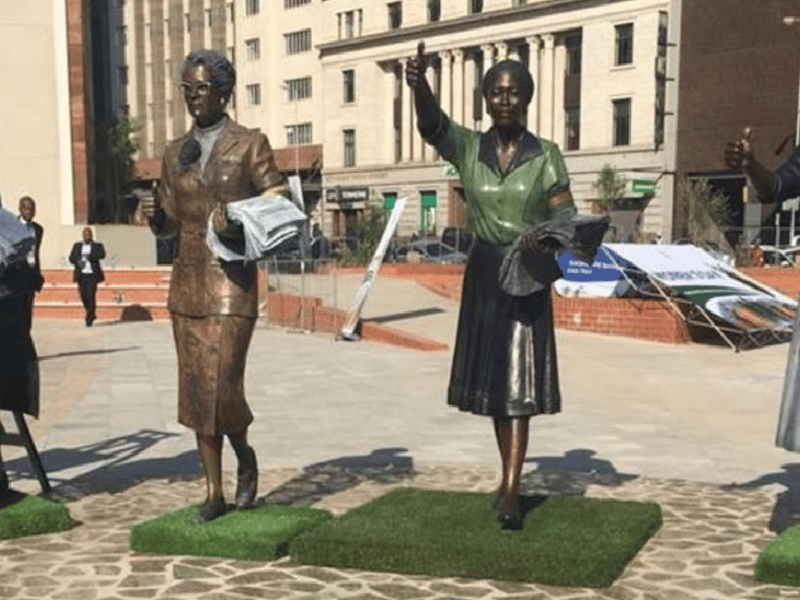 “Wathint’abafazi, Wathint’imbokodo!”
You strike the women, You strike a rock!

Internationally, women’s day is celebrated on 8th of March. This date was chosen in 1914 by various communist and socialist movements around the world, and subsequently designated internationally as a date to protest inequality between the sexes.

To answer this question, we need to travel back to a sunny winter Thursday in 1956. On that day, 20 000 diverse South African women marched to the Union Buildings in Pretoria. They were protesting the racist, abusive Pass Laws of the apartheid government. The day marked a turning point in the struggle for liberation; women would no longer be staying home – they would not be silent.

The history of Pass Laws dates back to long before the apartheid government. As early as 1893 parts of the country had laws that required citizens of colour to carry documentation justifying their whereabouts in ‘white’ areas. These laws got stricter and ever more inhumane after the National Party’s victory in 1948. In 1955, a new law stated that women from urban ‘township’ areas would be required to buy permits monthly. This was an obvious infringement on the rights of women and on family life more generally.

Women across South Africa petitioned for the repeal of these racist laws. Their calls to repeal the legislation were ignored.

And so, in 1956 a Women’s March was organised by women leaders across all the racial classification groups of South Africa. They marched united, determined to build a better future for their beloved country. This event demonstrated – and continues to demonstrate – the power, strength and resilience of women.


Deprecated: Function get_magic_quotes_gpc() is deprecated in /bitnami/wordpress/wp-content/themes/moose/framework/lib/eltd.functions.php on line 316