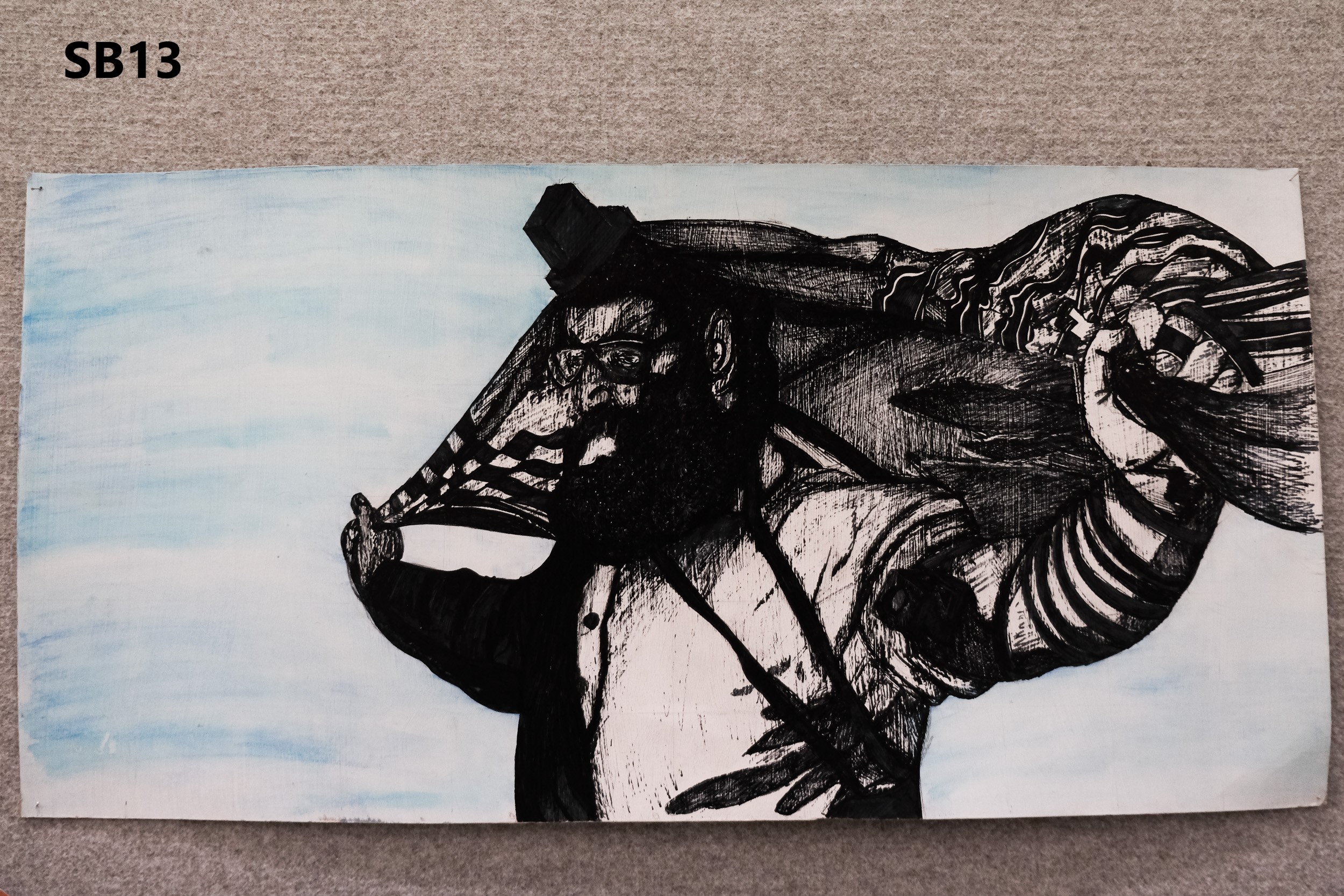 Yom Hashoa, also known as Holocaust Remembrance Day, reminds us of the horrors that Jews and other persecuted groups faced – forced labor, starvation, humiliation, and torture, which often resulted in death.

The reason behind my choice was that with this project I wanted to represent the Jewish culture, so I drew a Jewish man wearing tefillin and tallit while praying to Hashem. This was meaningful because no matter what the Jews went through, the struggle, the fear, the pain and yet they are still standing up for what they believe in. This man represents the freedom of the Jewish people and how they are not afraid anymore to show their culture and beliefs and stand in unity stronger than ever.