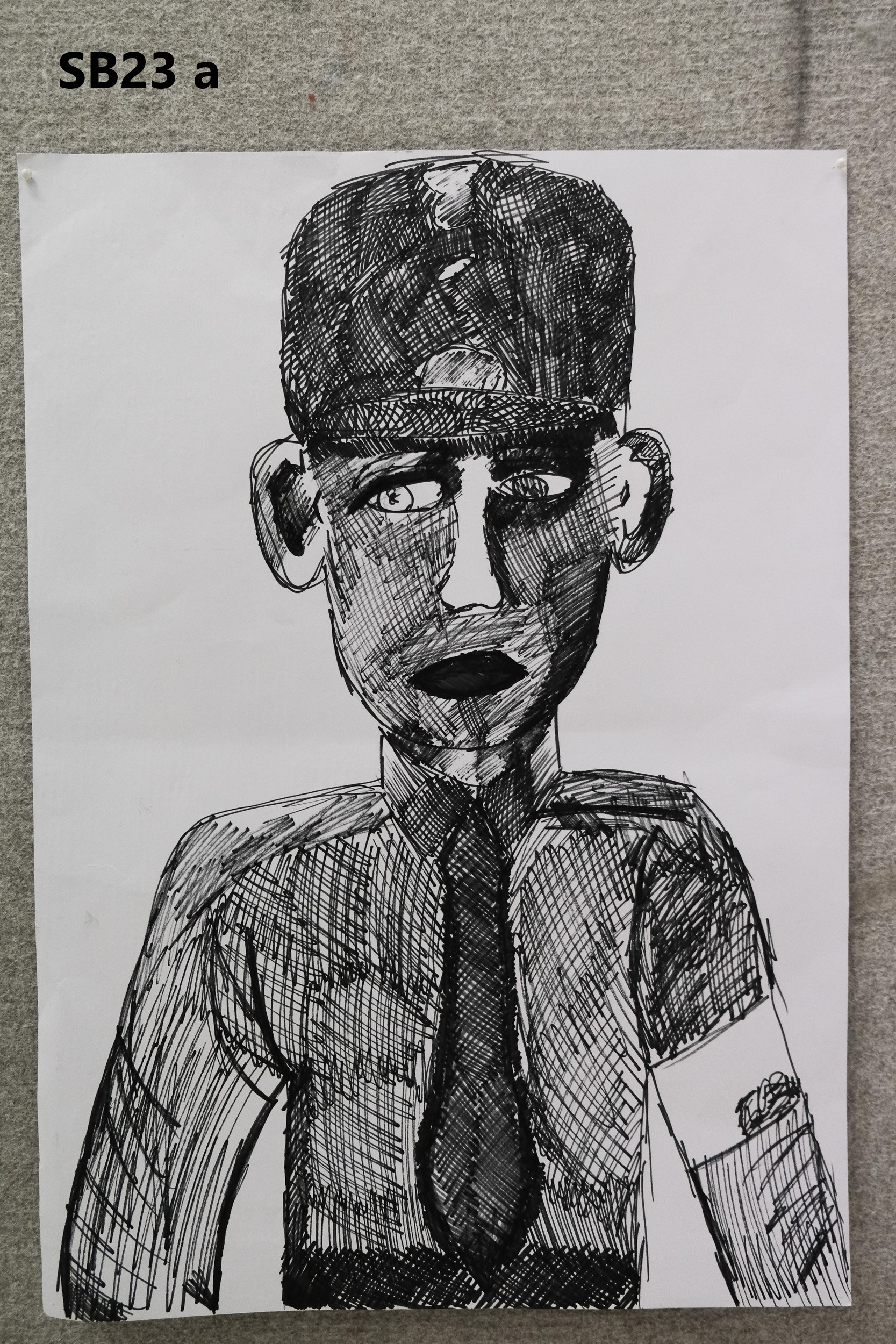 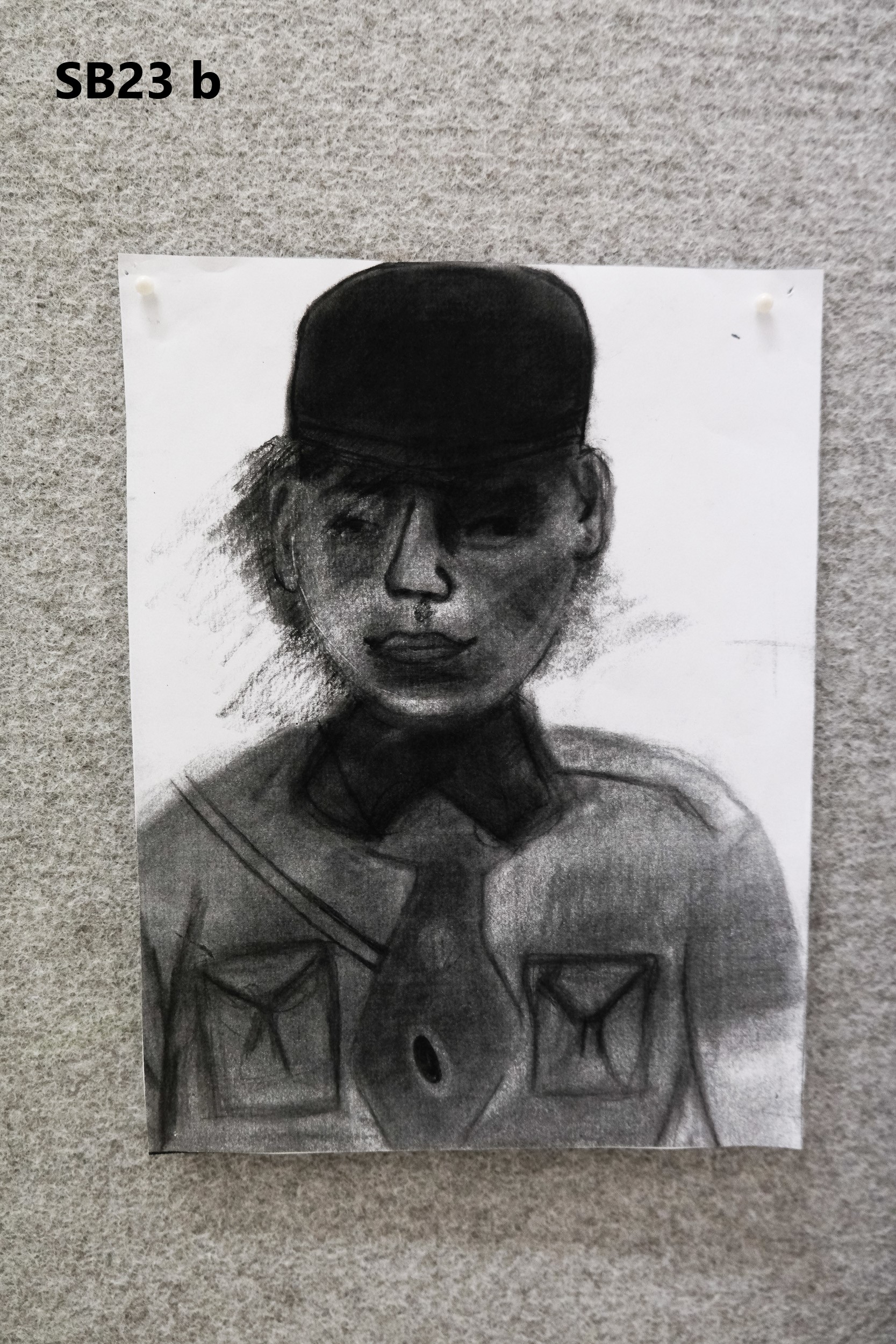 While I was walking through the hallways of the Holocaust Museum and taking in my surroundings, my eye caught one particular piece that stood out. It was a photograph that captured a Nazi solider walking through the streets of what I assumed to be Germany circa 1941. It was a black and white picture of a tall man dressed in uniform with a sombre expression. I chose to focus on this specific subject because I felt it would be important to capture my feelings that were building up of sadness, anger and an overwhelming sensation of helplessness. I thought that it would be powerful to take an image that evoked so many emotions and to turn it into a piece that I got to control in my own way. For example, by using the medium that I wanted to use and how I wanted to represent the subject. I chose to use charcoal for my final piece, although I had tried many other mediums as well, charcoal seemed to fit the most appropriately. Charcoal had given the piece the feeling that I had originally intended- for the art to be a representation of a dark, tragic time in history. In the original photograph one can see a few men walking in the background, I originally took them out of the work but as I was finishing I decided to draw them in, which for me spoke to a powerful message that the Nazi soldiers were people put in to positions of power and yet they were still walking the same streets as everyone else which was a grounding idea for me. However I did significantly blur them out to focus mainly on the soldier, this way, the piece felt very real to me.