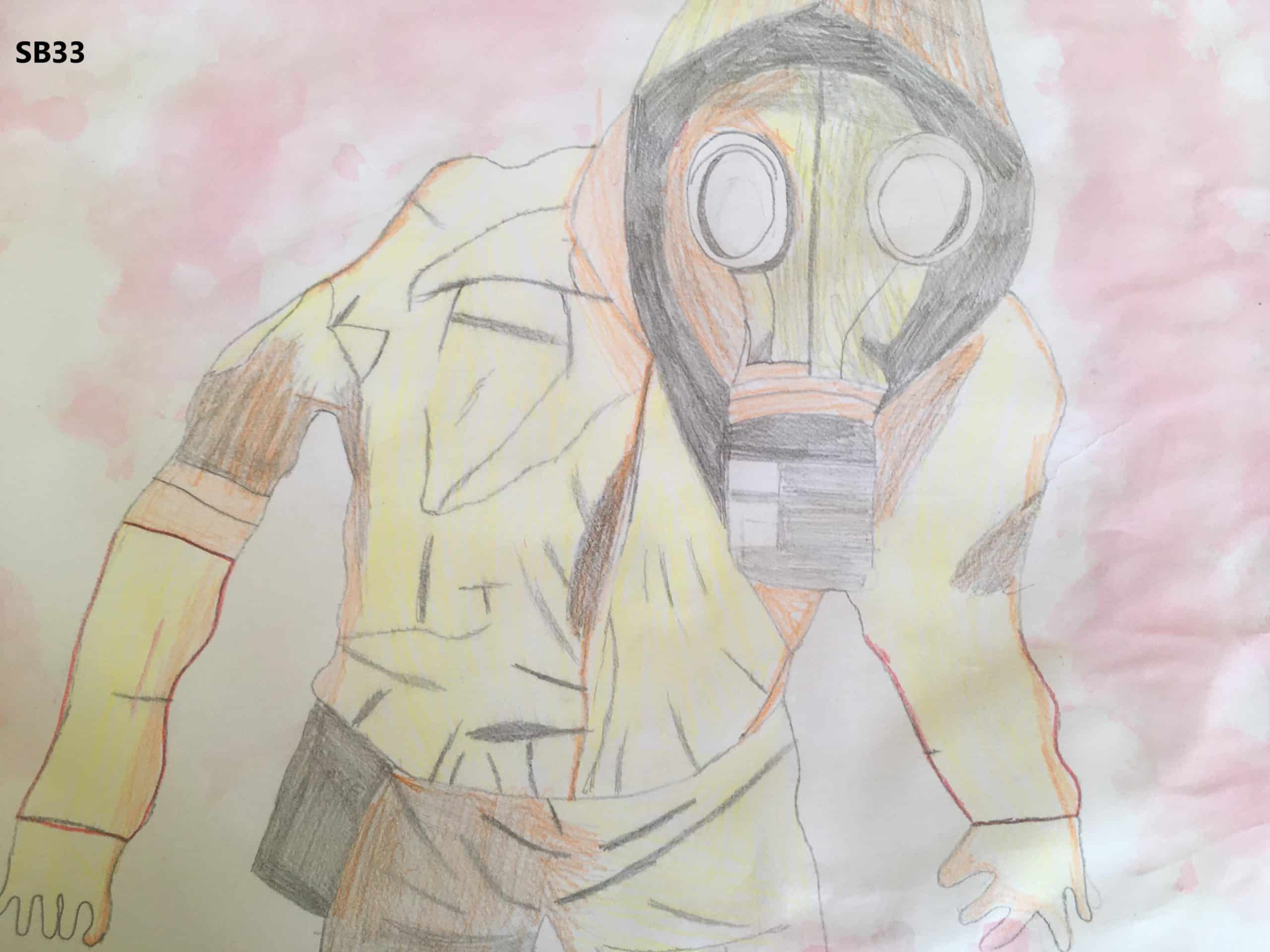 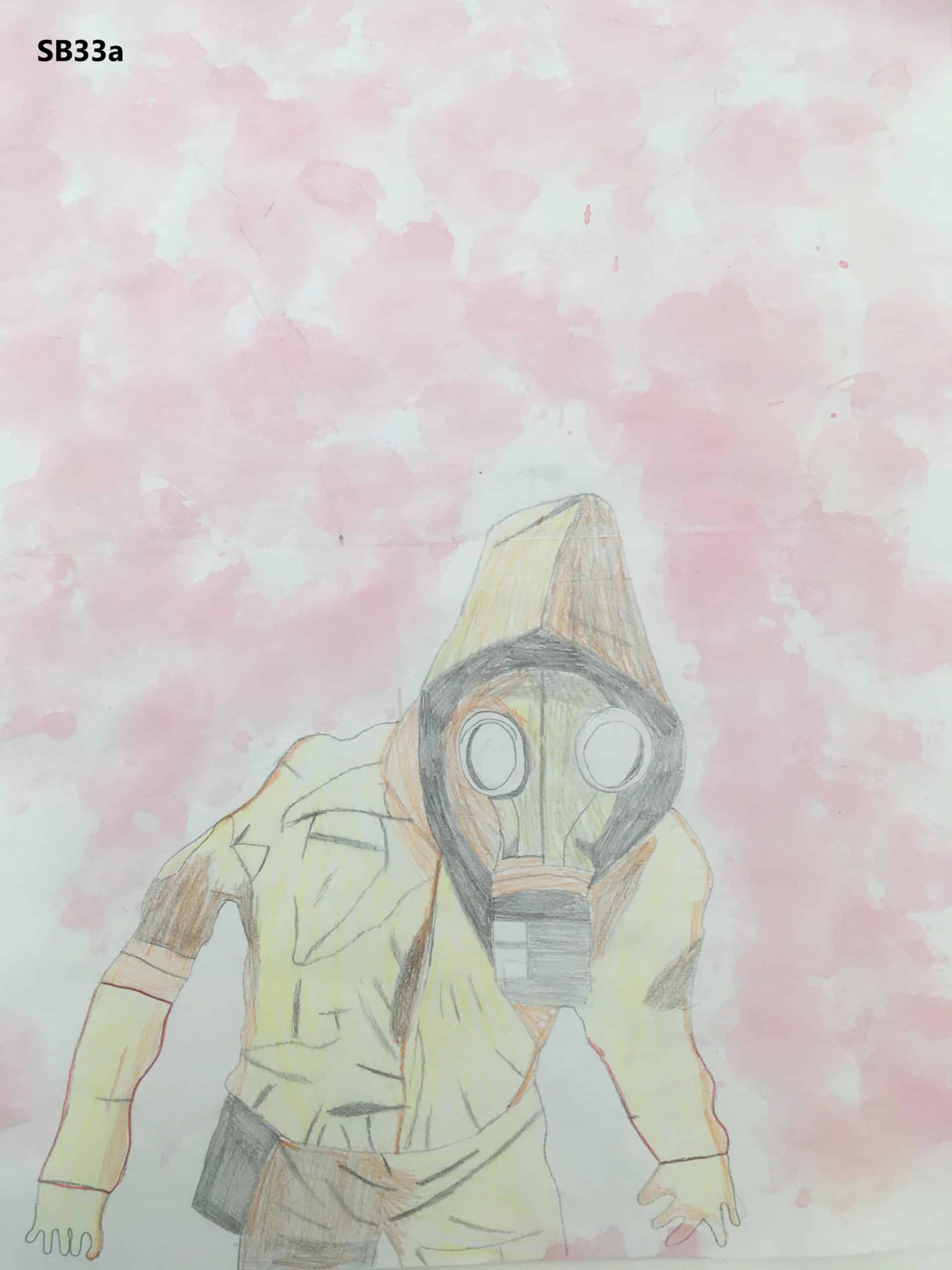 The picture I drew for the White Rose project and competition is a resistance era picture of the holocaust. What I drew was a person in a hazmat suit and wearing a mask that was important for the era because the Jews had to wear these suits because they were gassed. The reason why I drew this person is because in the 1940s some people wore these to survive the Germans wraith through Europe and them trying to conquer the world.

I drew it on 4 papers stuck together to make an a2 paper and I used food colouring for the background to give an emersion of depth. The reason why I used red for the background is because I want to give an essence of despair and how it is a scary place. I also use pastel to give the yellow to the persons suit and the reason why I used yellow is because back in the 1940s the suits used to be yellow to stand out.

The picture took me a week to finish and to add the details in the project and in the first day it took me a while to think what I should use to represent the resistance era of Europe. But then in the following day I thought of a hazmat suit to give the depth of the resistance era and how it was a scary time to live as a Jew in that era. It was a fun project to do because I can be creative in the project and use any reference to simulate what it was like in the 1940s.

The reasoning I used different colour for the suit like orange and yellow was because I added shading. I worked outside also for the project because so I can let my creative mind think and try to find out what I wanted to do. The picture is 23,7 cm and I used line to measure the picture.