Srebrenica Massacre: The largest mass murder in Europe since 1945 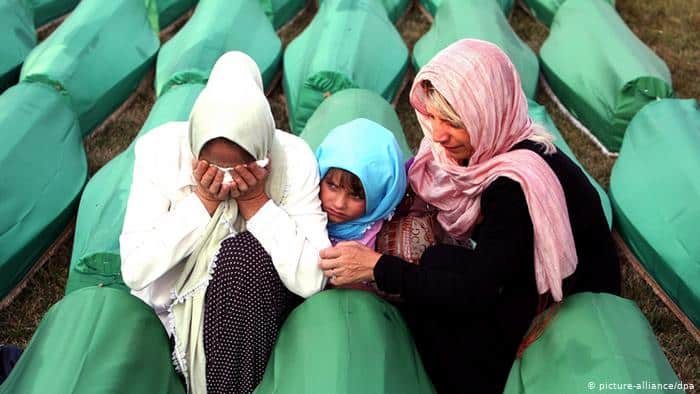 The massacre at Srebrenica where up to 8 000 Bosnian teenage boys and adult men were killed proved a sobering moment for the world.

The Federal Republic of Yugoslavia was created at the end of World War II. It was comprised of six smaller countries, each one containing diverse, multi-cultural populations. As such, the pluralistic population of Yugoslavia included Orthodox Christian Serbs, Muslim Bosniaks, Catholic Croats, and Muslim ethnic Albanians, amongst others. Despite a long history of ethnic tensions in the area, peace was maintained through the iron-clad leadership of Communist President Josip Tito. After his death, Yugoslavia started to crumble, with individual republics declaring independence. Nationalist sentiments rose across all six republics and civil war proved inevitable. This brutal war would rage on for five years; it would claim the lives of over 100 000 civilians and displace 2 million more.

While “ethnic cleansing” and other human rights violations took place over a period of many years, the conﬂict came to a head on 11 July 1995, when the Serbian Army committed the largest mass murder in Europe since the end of WWII.

Two years earlier, the UN had declared certain cities in Bosnia to be “safe enclaves”. They were subsequently disarmed and placed under UN protection. One of these was a small mountain town called Srebrenica. By 1995, this particular “safe enclave” was protected by only 450 Dutch peacekeepers. Their commander reported in June that year that the unit was no longer militarily operational – yet reinforcements were never sent.

As such, when the Serbian Army began shelling the town of Srebrenica, it was surrendered in one day. Thousands of women and children were expelled from the town, and Serbian army forces went after approximately 15 000 Bosniak men who had attempted to walk to safety. Up to 3 000 of these men were killed, either by gunshot or by decapitation, while trying to escape.

Many Bosniaks sought refuge at a UN base nearby, but they were not safe there for long. The Serbian Army forced the Dutch peacekeepers to hand over their uniforms and helmets so that they could use them to lure civilians out of hiding by tricking them. Soldiers then separated men and women, and sent them away on buses

At the end of the four day massacre, up to 8 000 Bosnian teenage boys and adult men had been killed, and many women had been subject to torture, rape, and other forms of sexual violence.

There had been multiple signs that an attack at Srebrenica was being planned by the Serbian Army, yet the international community did not equip the peacekeeping forces there with the support necessary to protect the thousands of civilians of Srebrenica.

The massacre at Srebrenica proved a sobering moment for the world. How committed were – or are – any international powers to the idea of “Never Again”?

Keeping alive the memory of the crimes committed in July 1995 is just part of what is owed to the victims and the communities that mourn them. Remembering painful truths about the past is the key to our shared quest for a better and more tolerant world.”


Deprecated: Function get_magic_quotes_gpc() is deprecated in /bitnami/wordpress/wp-content/themes/moose/framework/lib/eltd.functions.php on line 316